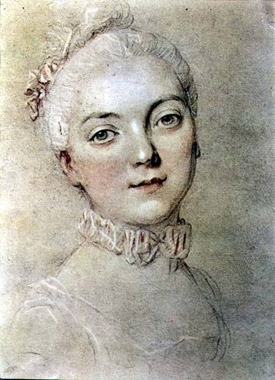 Archibald Campbell
5th Earl of Argyll
(1532-1573)
Scottish aristocrat
5th Earl of Argyll 1558
5th Lord Lorne 1558
6th Lord Campbell 1558
Justiciar of Scotland 1558
Privy Counselor 1571
Lord Chancellor of Scotland 1572/73.
Son of: Archibald Campbell, 4th Earl of Argyll & Lady Helen Hamilton, daughter of 1st Earl of Arran.
Husband of:1. Lady Jean Stewart, daughter of James V of Scotland & Elizabeth Bethune, mar 1553, div 1573
Cause of divorce: "Jane's enjoyment of court life and reluctance to live away from the Lowlands contributed to the troubles of her marriage. She was not prepared to conform to the submissive role of a wife and mother. She was proud and at times stubborn with some of the wilfulness apparent in James V's other children. Her pride in her royal blood and her single-minded determination gave her the courage and endurance to leave her husband and, even under intense pressure, remain of her own. She did not relent after his death in September 1573, instead using the law courts to fight the divorce decree itself, the sixth earl, and Jean Cunningham, her husband's second countess. In the end she won recognition of her status as Argyll's widow and a substantial settlement." (Sixteenth-Century Scotland: 156)
2. Lady Janet Cunningham (d.1558)
Daughter of Alexander Cunninghame, 5th Earl of Glencairn & Janet Cunninghame, mar 1573.
"Archibald Campbell, the future fifth earl of Argyll, was born in 1538, nearly ten years after his parents had married, and they moved hastily to secure the succession. Within his first year of life, his parents had signed a pre-nuptial contract for his marriage. The bride they intended for him was Jane Stewart, the illegitimate daughter of James V and Elizabeth Beaton of Creich. The original contract, between the king himself and fourth earl, was concluded on 10 December 1538. In 1549, Argyll's need to ally with the Gordons appeared likely to end the Campbell-Stewart match. He signed a pre-nuptial contract on 10 July with George, fourth earl of Huntly, envisaging a marriage between Archibald and Margaret, Huntly's eldest daughter. But in 1553 the match with Jane Stewart was reinstated, with the marriage contract being signed on 5 July at Falkland Palace. Mary of Guise, the queen dowager, played the leading role in the agreement alongside the regent, James Hamilton, duke of Chatelherault, who was Archibald's uncle. Also involved were the most prominent of Jane's half-brothers, who had been provided with substantial ecclesiastical benefices by their royal father. Because the bride and groom were distantly related, Mary of Guise agreed to seek a papal dispensation at her own expense to cover consanguinity and any other impediment." (Sixteenth-Century Scotland :154)
"Many Scottish noblemen took mistresses and Argyll was not exception. Forming a variety of sexual liaisons was positively encouraged in Gaelic society where a high value was placed upon siring children, with little distinction being made between legitimate and illegitimate ones. Argyll, according to his wife's later pleadings, had three mistresses. Their names were not recorded, but the last was probably Jean, sister of John Campbell of Cawdor, a noblewoman of considerable standing within the clan. She had three children, Colin na Creig, Jane and Elspeth, who were probably born in the late 1560s and early 1570s. In 1557 or 1558 an earlier mistress, possibly called Beatrix and possibly also a Campbell, had given birth to a son also called Colin. The birth of Argyll's first natural son at the end of 1550s might have encouraged the countess to take a lover herself. Around that time, Jane was accused of adultery, and the Argyll marriage was in serious trouble. During the summer of 1560 the countess was held captive for fifteen days and threatened by members of the Campbell affinity. Through the mediation of their kin and friends and the intervention of John Know, the couple were reconciled. The countess promised Know that she would inform immediately should any further problems arise." (Sixteenth-Century Scotland: 157-158)
John Campbell
7th Duke of Argyll
(1777-1847).
His lover was:
Germaine de Stael.
"The Scotchman, Lord John Campbell (1777-1847) later the seventh Duke of Argyll, had gone to Geneva in April to console himself, since he was in an unhappy marriage... A medical doctor, Robert Robertson, accompanied him.  They met Madame de Stael on 16 April at the Neckers de Saussure... During their stay at Coppet an intimate friendship developed between the three.  However, the mistress of the chateau seemed to feel more inclined towards Robertson, whose 'physical appearance, manners and voice could easily have seduced her," Campbell's son and biographer, who briefly managed to be her lover, reported...  She wrote him fifteen letters in twelve months, but apparently his replies were rare and reserved.  That taciturn Scotsman was terrified of the passionate heights of his hostess and found her character and ideas too different from those of his station...  They saw each other again in London in 1803, where she became acquainted with his sister, and after that in Clichy in 1814."  (Madame de Stael, 2000, p. 145)
at May 22, 2020 No comments:

George Gordon
5th Duke of Gordon
(1770-1836)
British nobleman, soldier & politician.
Son of: Alexander Gordon, 4th Duke of Gordon & Jane Maxell.
Husband of: Elizabeth Brodie.
"The fifth Duke, George, was a general, and the last of his line. He had nine illegitimate children, and one of them became an admiral. He settled £10,000 on each of them, but had no legitimate heir." (The Clan Gordon)
at May 22, 2020 No comments: